While the next generation of athletes showcased their talents across the official competition programme in sports from biathlon to figure skating to snowboard, ice climbing continued its own development within the Olympic movement through its involvement in the Sjoggfest (snow festival).

A dedicated ice climbing wall, located at the Tyrili Climbing Centre, was open throughout the event, where two separate ice climbing opportunities were organised: ‘showcase’ and ‘get active’.

The showcase event saw some of the world’s best youth ice climbers, from countries including France, Iran, Russia, Switzerland and the United States, demonstrate ice climbing techniques and engage in exciting speed duels.

The ‘get active’ element of the programme allowed visitors, fellow athletes and journalists, the opportunity to try out ice climbing under the guidance of expert coaches and athletes.

Among the visitors at the ice climbing wall was IOC President Thomas Bach who met athletes and coaches and experienced a live showcase. Throughout the week, the ice climbing wall proved one of the more popular and challenging attractions. ‘Fun, dynamic, crazy, exciting, tough, fast…’ were some of the more commonly heard phrases from those trying the sport out for the first time. “We were delighted to be part of Lillehammer 2016,” explained UIAA President Frits Vrijlandt. “Following on from Sochi in 2014, it is vital we maintain this momentum and presence within the Olympic family. The engagement from the public was incredible and it reiterated how engaging and appealing this sport is. Furthermore, being part of the youth movement is crucial, the UIAA recently hosted an extremely competitive World Youth Championships and the commitment and passion of these young athletes is key to the sport’s growth.”

The UIAA would like to express its gratitude to the Tyrili Climbing Centre and all of the officials, organizers and athletes who contributed to the event.

A dedicated Lillehammer 2016 photo gallery is available to view on the UIAA Flickr account, below. Images provided by athletes and official photographers from the IOC and the Youth Winter Olympic Games. 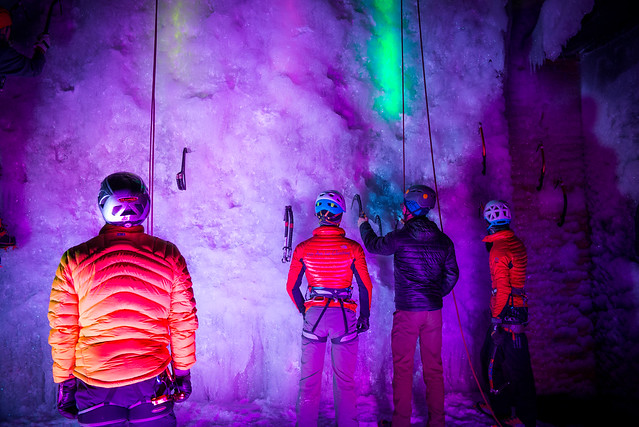