Making a difference around Snowdon

A weekend after the season opener in Tenerife, the UIAA Respect the Mountains Series – partnered by KEEN – travelled to North Wales for its second clean-up event of the European summer.

The event held in Llanberis (a village at the foot of Snowdon, Wales’s highest mountain) was organized by RAW Adventures and the British Mountaineering Council (BMC).

A total of 53 volunteers, comprising several families, particpated. During the morning clean-up operation, volunteers were divided into four groups and briefed to clean up different local spots, including part of Snowdon itself and areas around the Llyn Padarn lake, a popular haunt for water sport lovers. Volunteers were accompanied by local guides who shared their vast knowledge and expertise of the national park and local surroundings. An overcast day didn’t dampen the volunteers enthusiasm and covering an area in the region of 8kms, they were able to fill 60 bags of rubbish.

Jim Langley, one of the participants and an expert on the local environment, commented: “It was a fantastic event and really well attended. It has been a valuable experience sharing our love for the mountains and respect to keep the places clean as well as teaching people to look after the mountains.”

Ross Worthington, co-owner of organizers RAW Adventures, explained the importance of such an event: “We see the impact that tourism has in the area both the positive and the less positive areas such as litter. We want to educate those people to come into the mountains, enjoy the environments around them, and take away the positive message of having an amazing experience, while leaving the area in a better condition then when they turned up. We love getting people out involved, and we find some weird and wonderful things such as half the front end of a car, Minnie Mouse ears, dog bowls and collars! All of the volunteers got to speak to other members of the public and pass on the message of looking after the mountains.”

The aforementioned car bumper won the KEEN prize for most unusual item of rubbish collected. In the afternoon, volunteers had the chance to enjoy the opportunities afforded by the magnificent local area, engaging in climbing, abseiling, stand-up paddle and nature walks among other activities.

Next weekend, the Civitella Alfedena National Park, Italy hosts the third event of the season. To participate at this or at any of the other upcoming events please click here.

Images from the event can be viewed and downloaded from the UIAA Flickr channel. 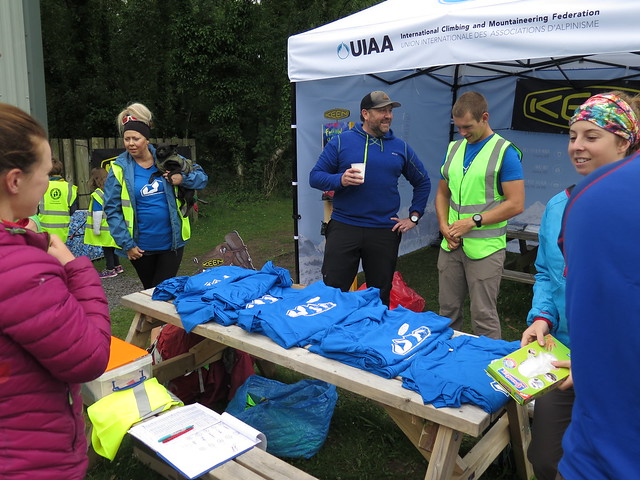